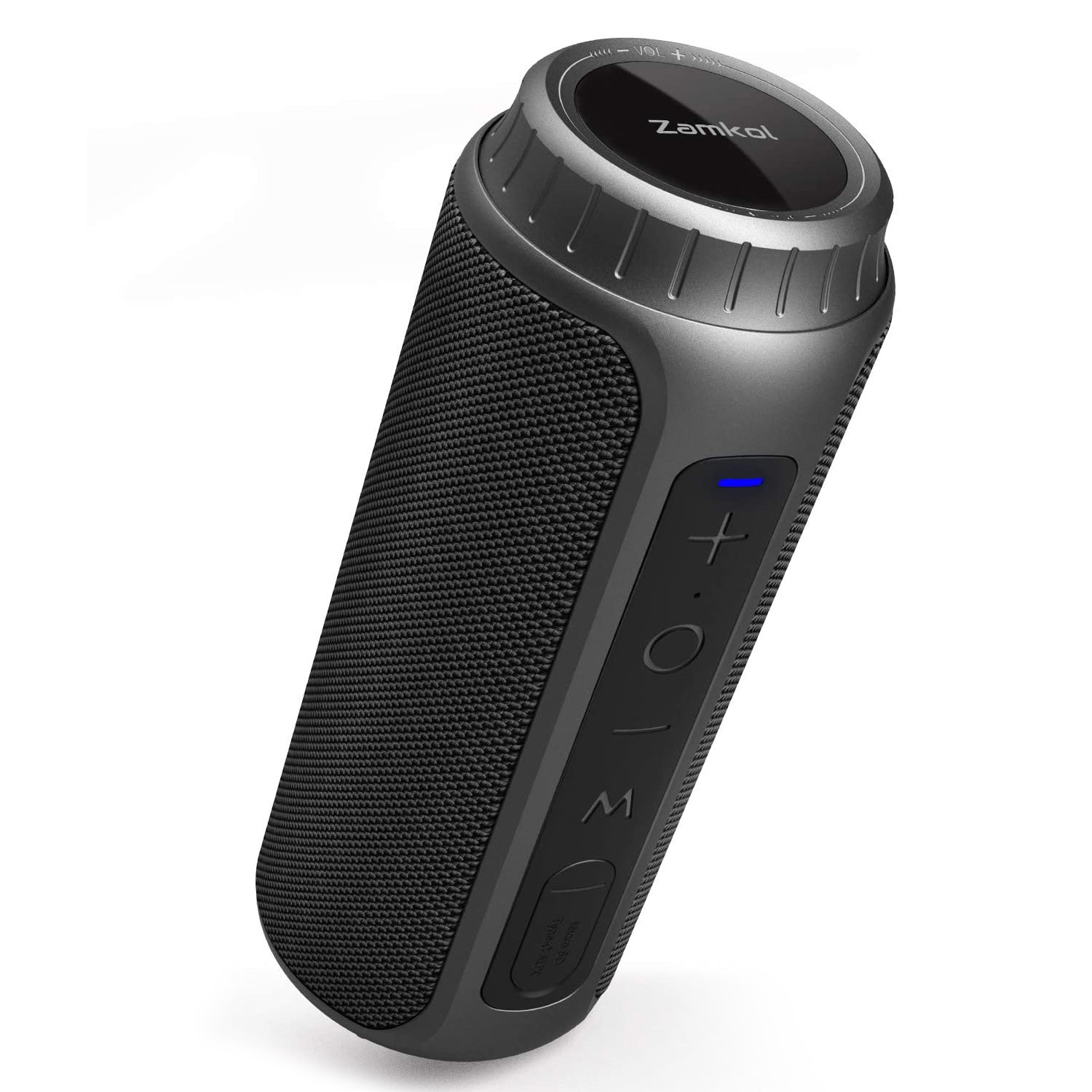 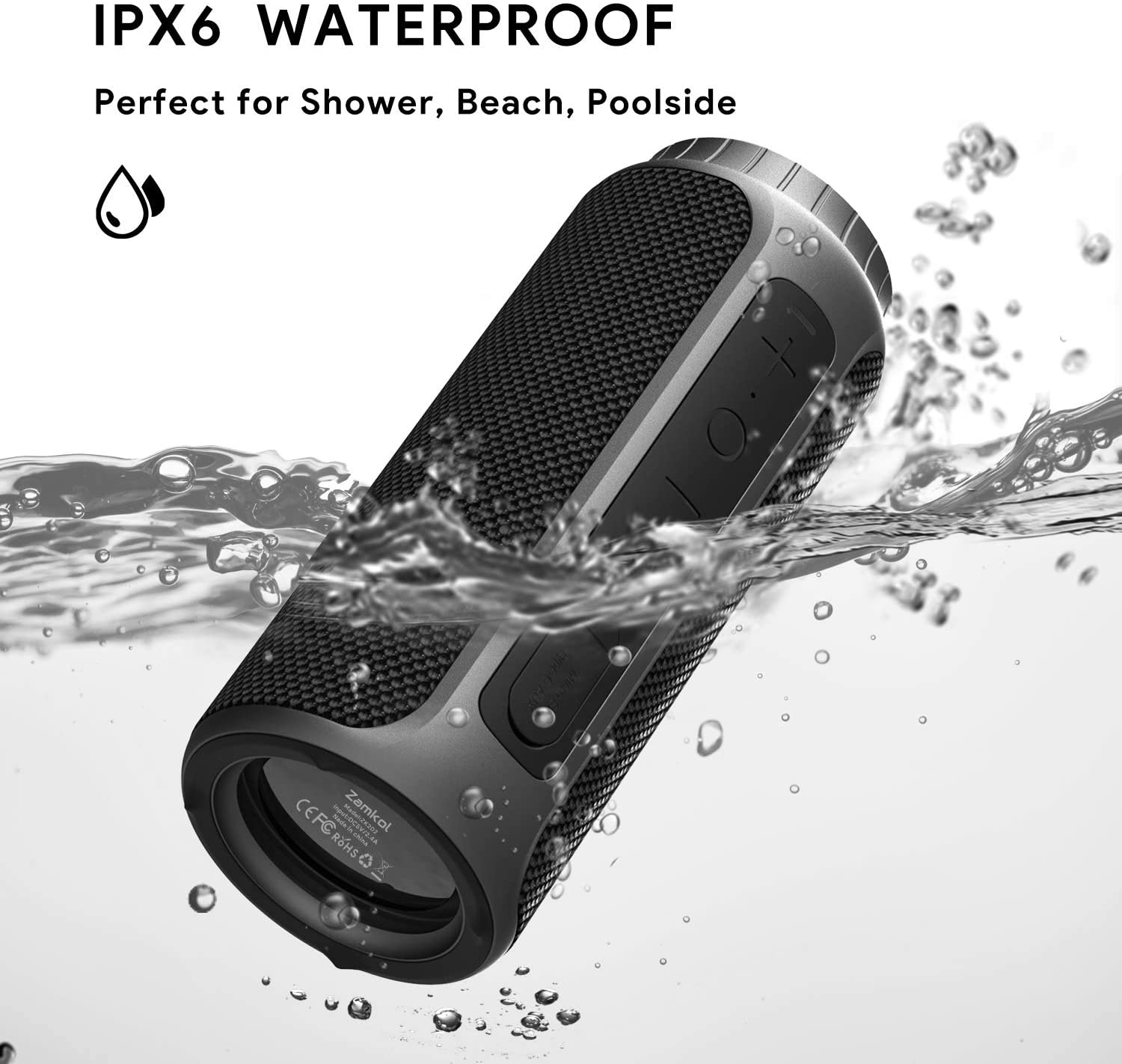 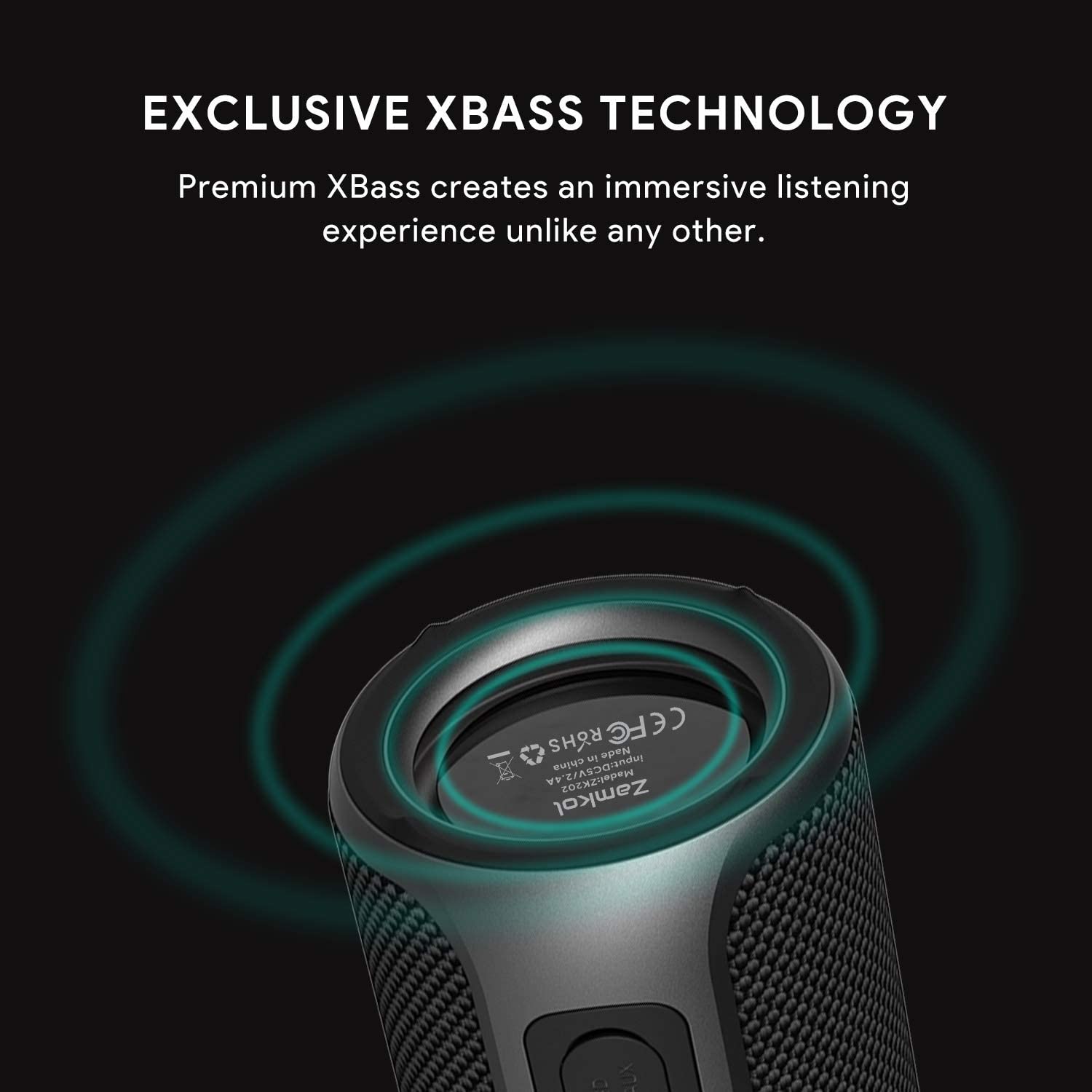 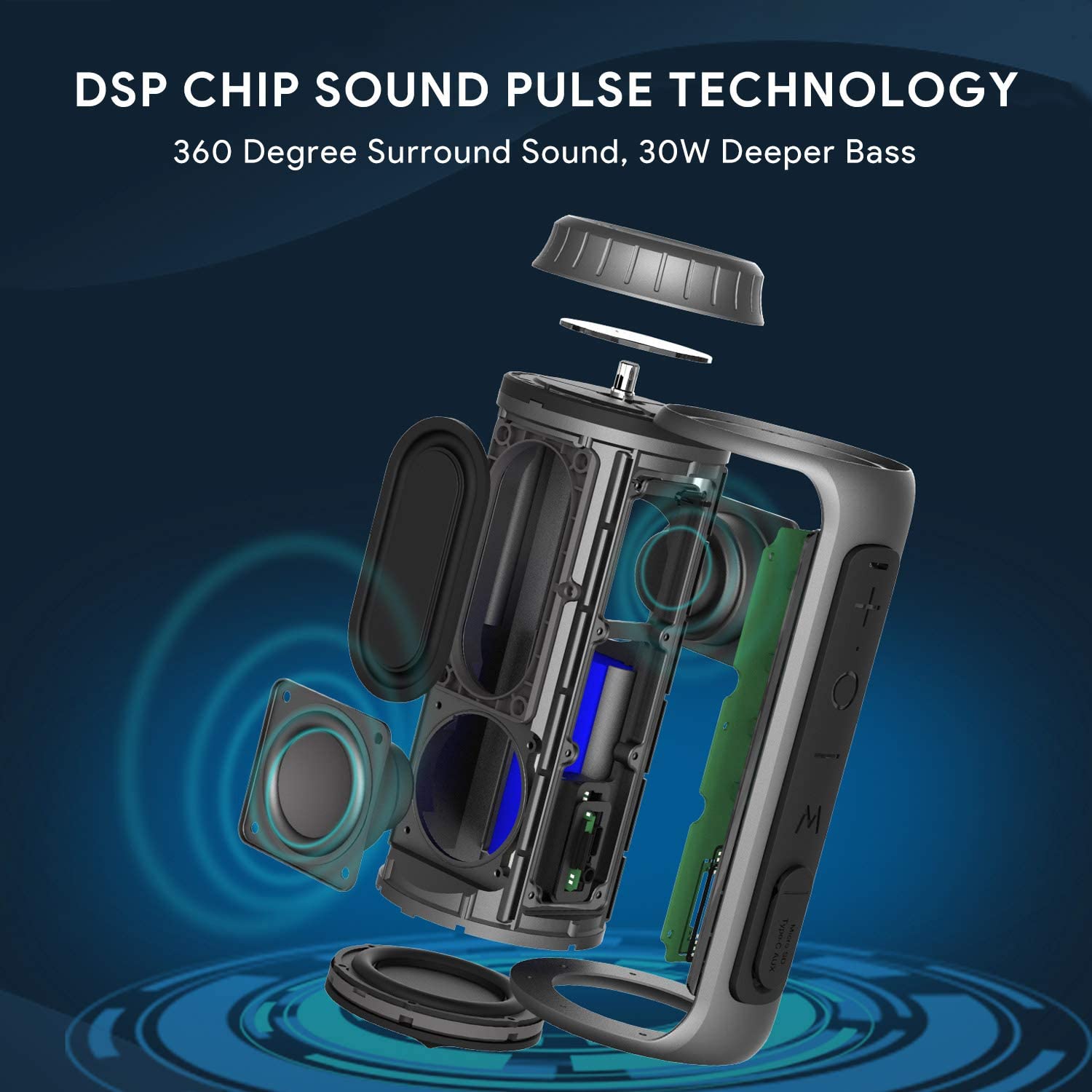 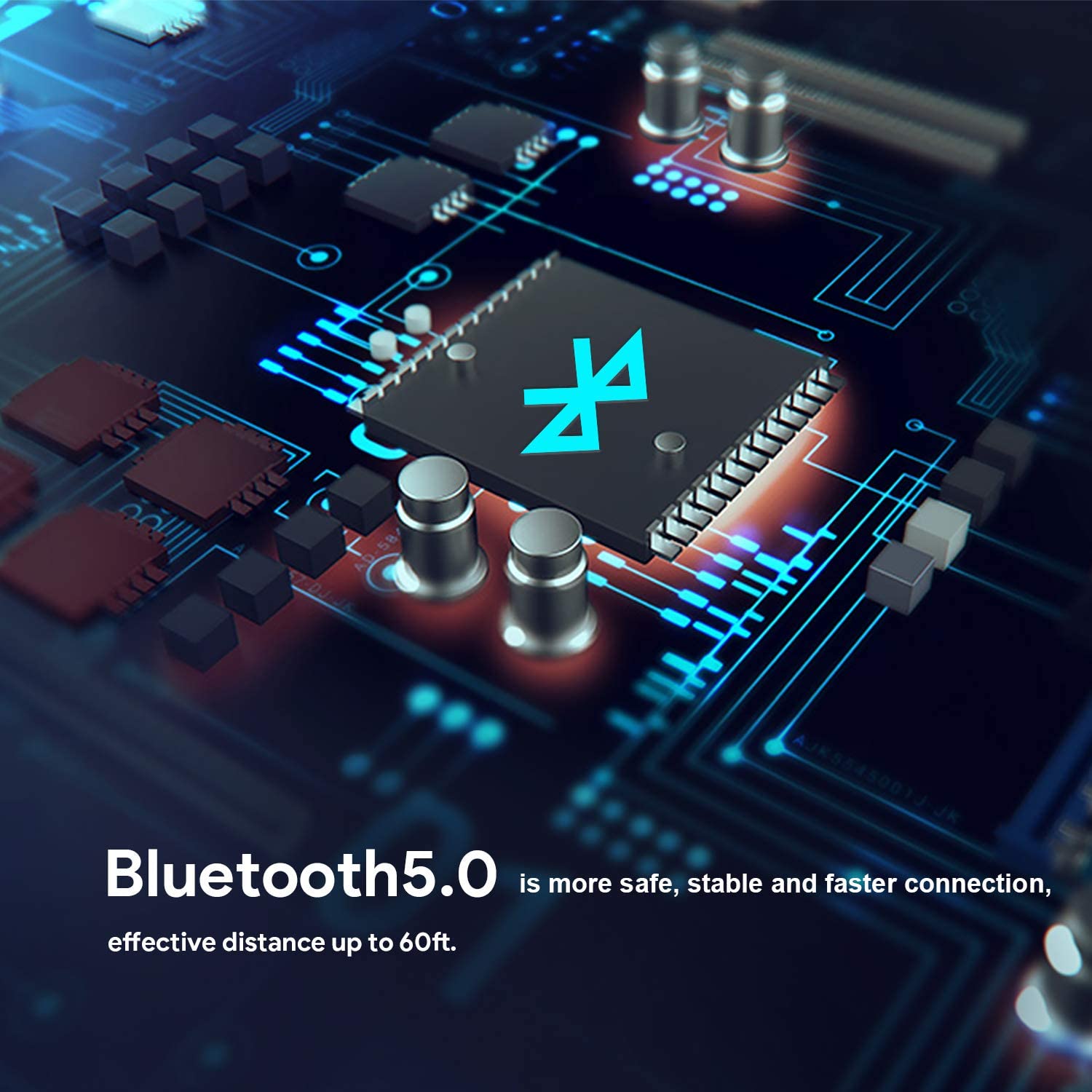 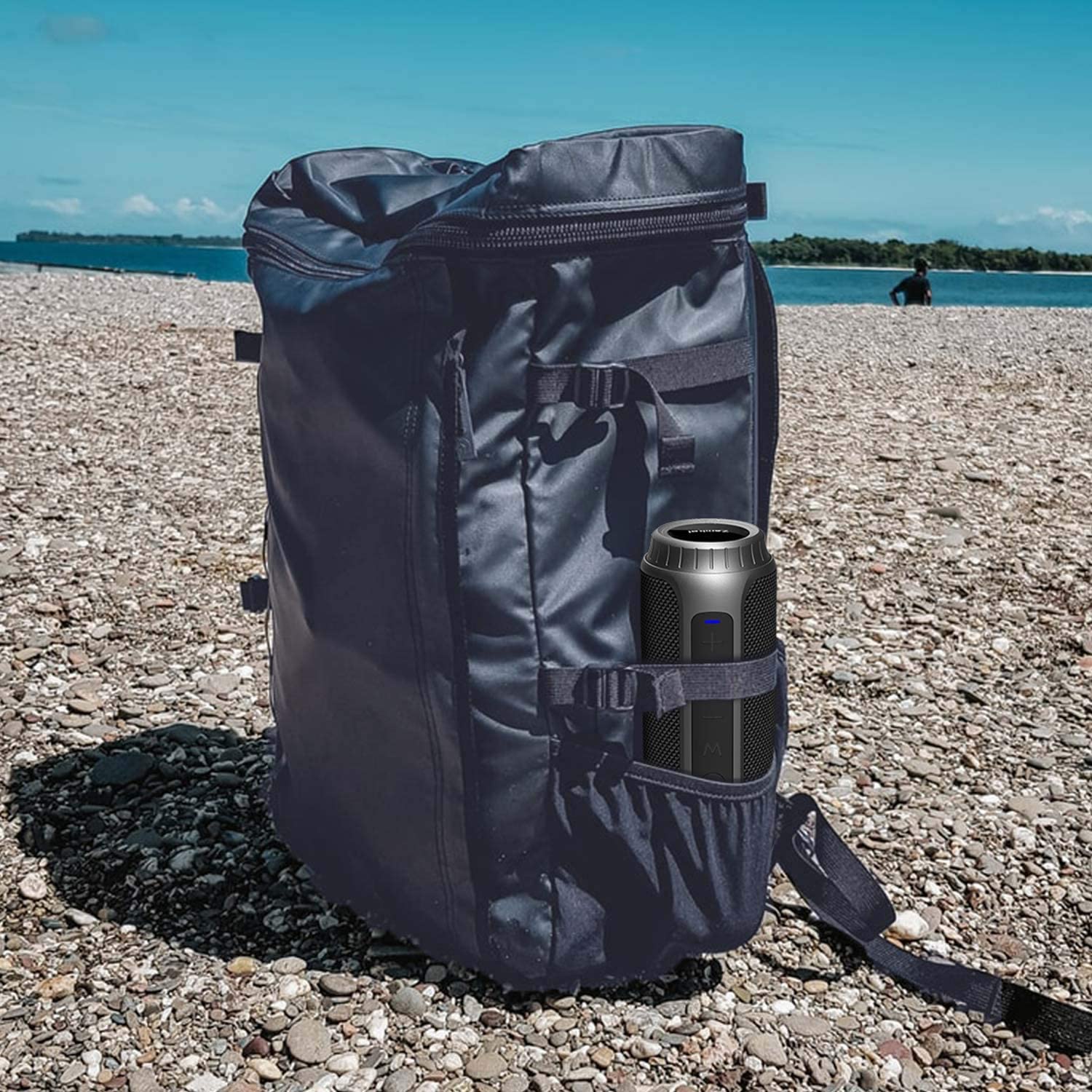 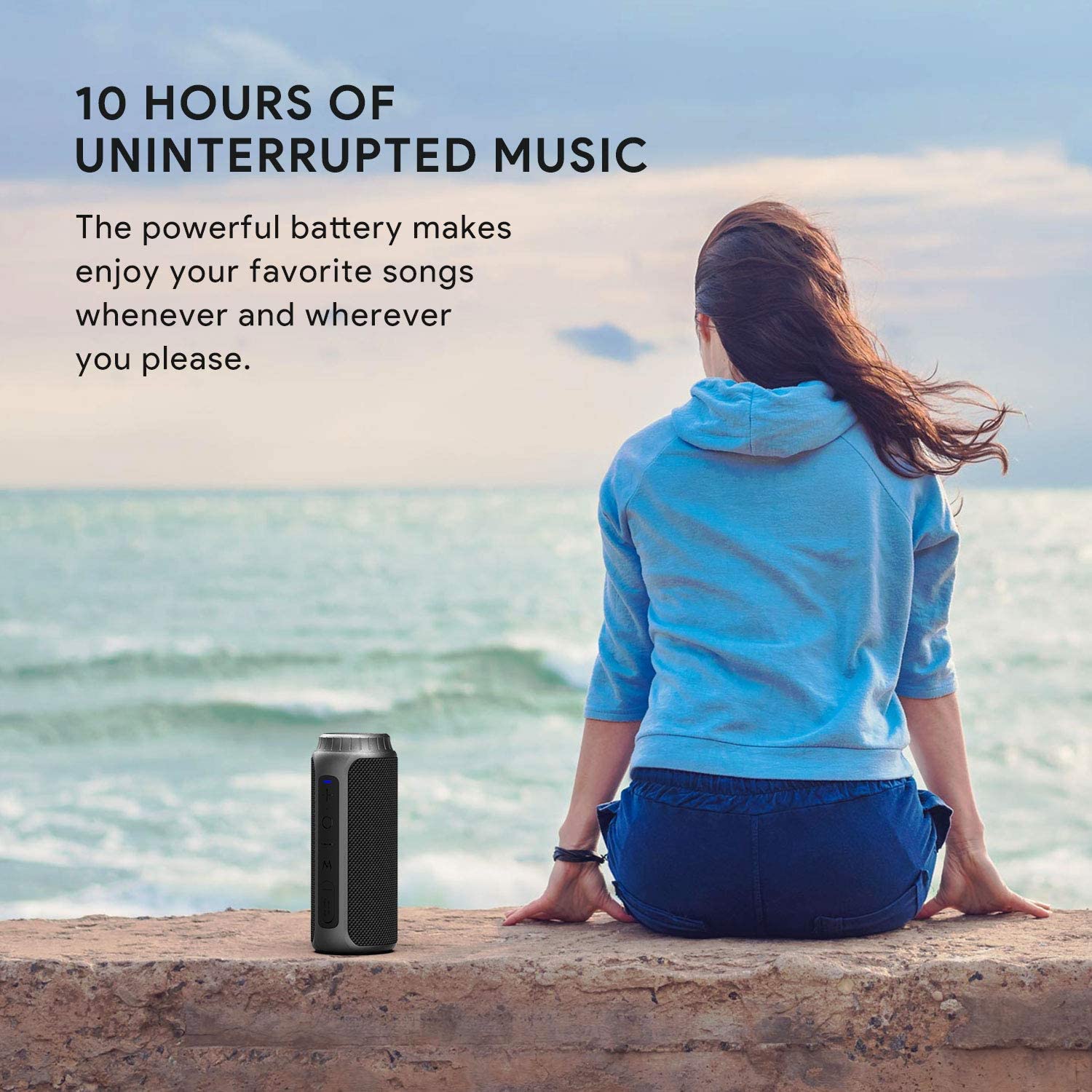 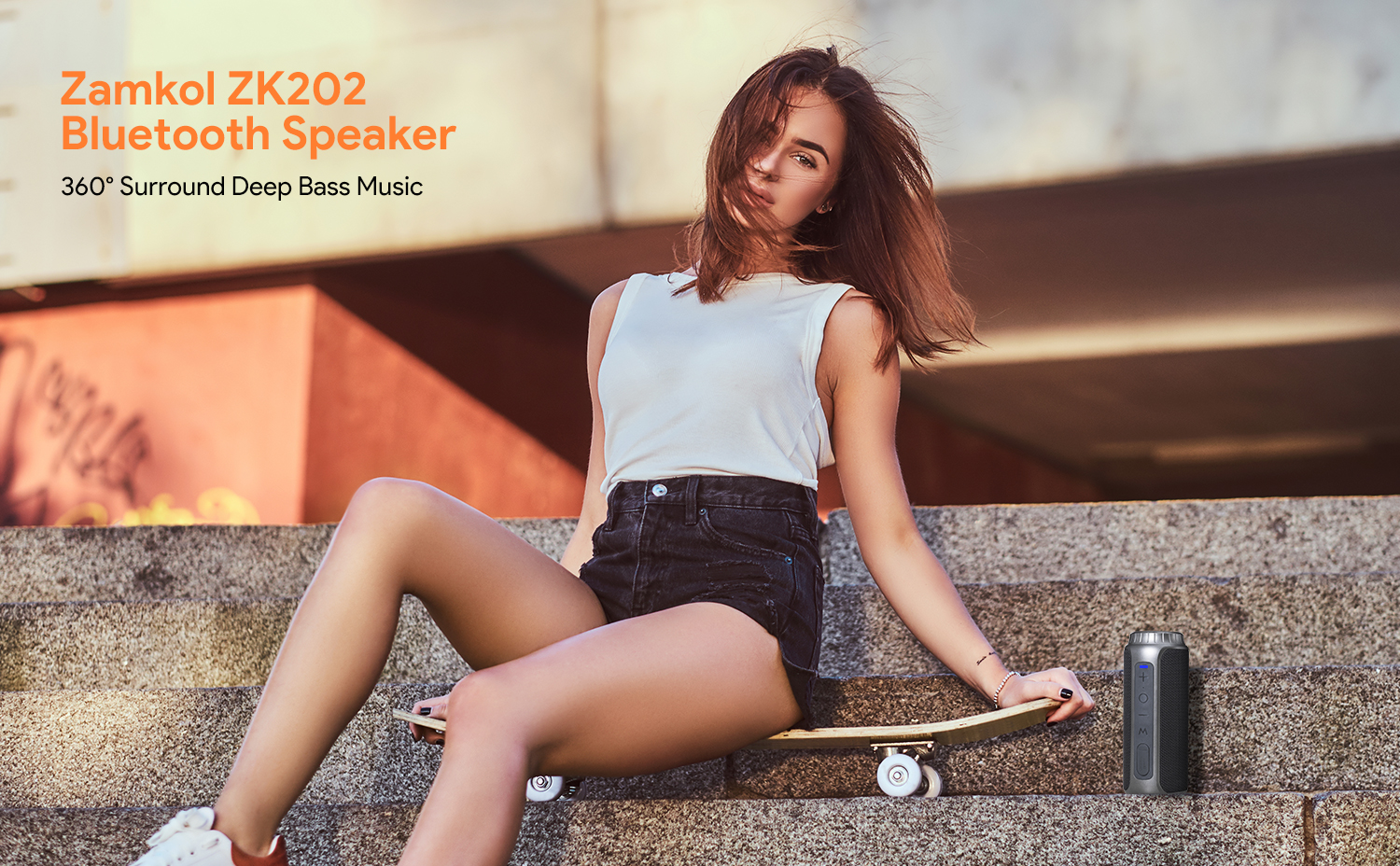 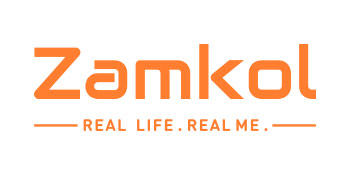 Who We Are As an emerging brand, Zamkol are committed to creating the exceed current standards Bluetooth Speaker for customers. We pride ourselves on providing the high quality products and hassle-free service. The core value of Zamkol is to offer audio equipment that provides a transcendent listening experience. We hope for Zamkol to transform and enhance how you enjoy your music. 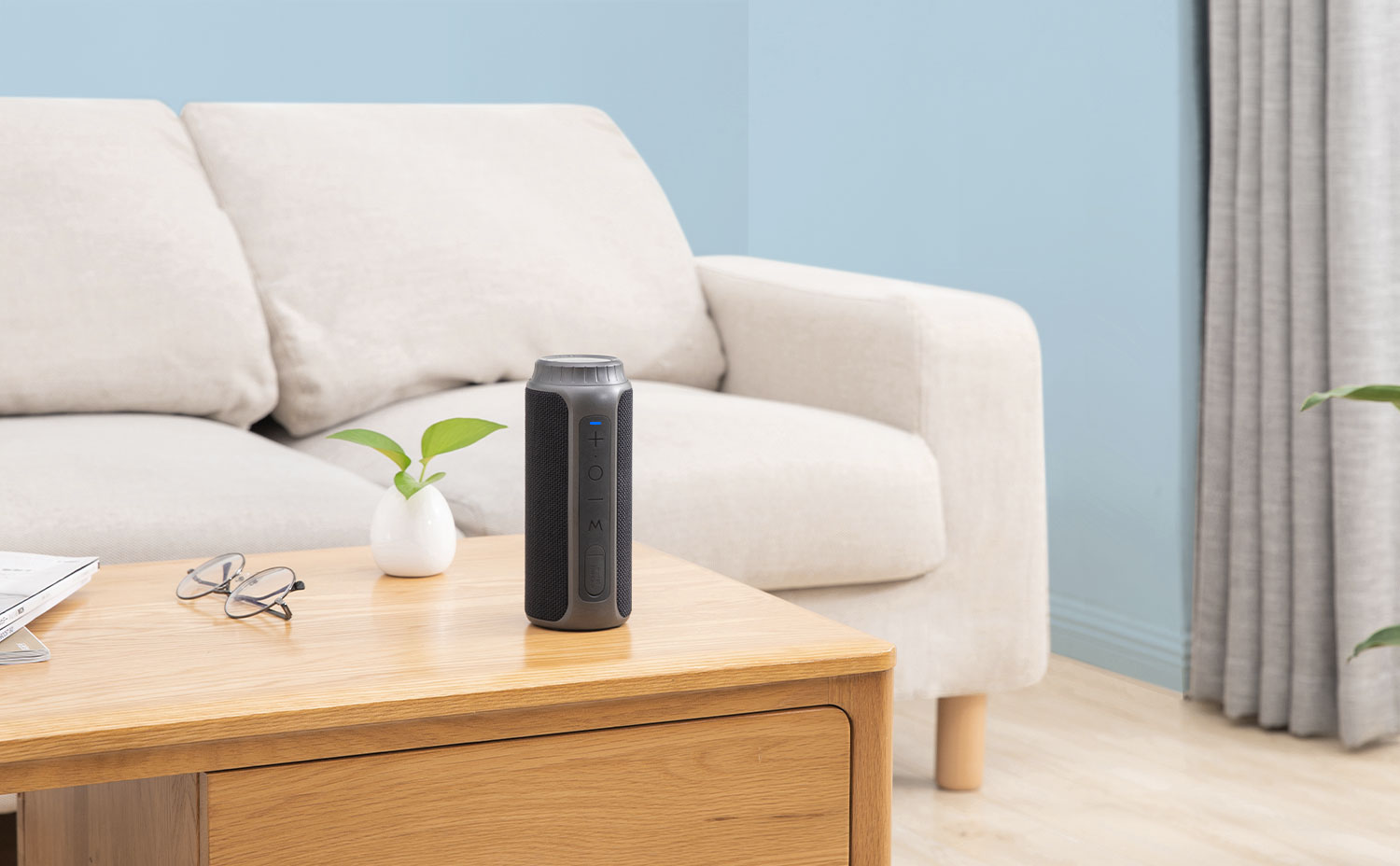 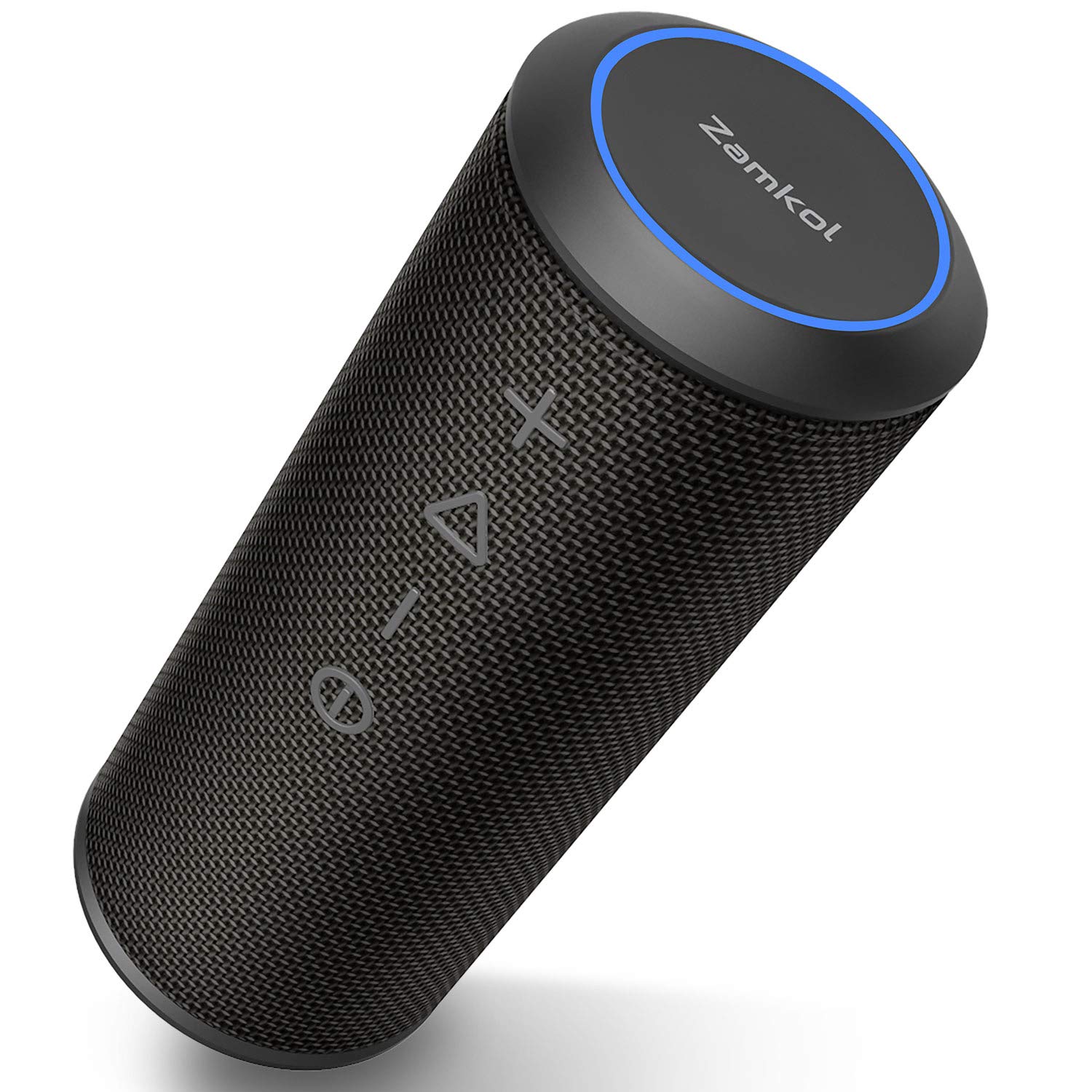 Can a phone call be answered while connected?

Yes, you can short press the M key to answer calls

Can I play music from a flash drive?

NO, but you can play from a MicroSD card

How much time does the battery last in max volume?

Approximate 12 hours (1/5 volume) / 8 hours (2/3 volume) And there will be differences on different type of music.

Is it use a Type C power cable?

Sound quality is super. I wish there’s a wrist strap like the older version.

Sound quality is super clear. Music is crystal clear even its loud. Bass is not bad at all, i wish there’s bass can louder. But for the size of the speaker, bass is very good. Love the new design, volume twist cap can he rotated for volumes intensity. I got no issues with it. I can still use the buttons on the speaker if i wanted too. Pairing the speaker is easy. What I’ve notice is it only pair one phone at time. That can be a an issue for someone. If the speaker is paired to a phone. You won’t be able too pair yours! That’s a bummer. Battery life has no issues. Lasts more than 10 hours of playtime and still going. Waterproof?? Im sure its water resistant to a certain level. Maybe 1 meter. Not really sure about that. Specially when it comes to salt water(I’m from Florida).i wont take the risk. Overall I’m very satisfied with my purchase. Ps. I hope there is a handle like the previous version.

"This is my first speaker to have that has the ""360 degree sound"" as opposed to a speaker that just has single direction firing speakers. Realistically, it just has 2 speaker units inside its housing on either side, that create the ""360"" effect. This speaker would probably be really good for use on a kitchen counter, coffee table, etc where people might be anywhere around it. The build quality and materials seem to be pretty good, the speaker is solid, without being overly heavy. My favorite part is the volume knob/dial on the top, I don't know why but I love volume knobs for sound whether it's on a speaker, keyboard, or whatever. This speaker also has a microSD input which is pretty uncommon for wireless speakers if that is something you are looking for. I personally wouldn't use that feature, but I could easily see it being used to load and play background music in a business lobby or maybe during a dinner party. The sound quality is good for the size of speaker. I feel like the overall fullness of the sound could be better, but in general, it's pretty good....At higher volumes, the sound leans more toward the high end, just because the subwoofer is only a passive radiator and not actually powered. The bass is definitely more noticeable at mid range "